Inspiration for my Aurora-nominated poem “My Pillow Eats Screams”

My poem “My Pillow Eats Screams” is on the ballot for the 2022 Aurora Awards. Voting closed on July 23 and winners will be announced on Saturday, August 13 at When Words Collide in Calgary, AB.

To support the poem’s nomination, I wrote about what inspired me to write “My Pillow Eats Screams”.

Why did I write this poem?

This is a very personal poem for me. A lot of healing and introspection went into it, and examining things from my childhood that only now—with age 50 looming—I am coming to grips with in how it shaped the adult I have come to be.

I don’t know if you can spoil a poem, but I’m going to talk about its origin. And while I’m also going to say what it means to me, by no means is this saying what it might mean to you. One of the great things about creative works, and what I have always believed, is that what the reader takes from it as as valid as—if not more so—the author’s intent.

The origin of this poem came from three ideas.

The first was just the words “my pillow eat screams,” which just came—like so many ideas—spontaneously and out of nowhere. I wrote it in my writer’s notebook some time ago.

The second was the idea of what might happen if one were to stuff a pillow with feathers fallen from angel wings? What powers might that pillow have? How would it affect one’s sleep? 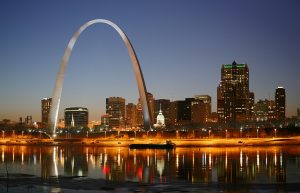 The third was the image of massive, horrific creatures battling in the night sky, only able to take physical form in darkness. They fought with swords and spears and shields. I had the image in my mind of a sword as high as the St. Louis Arch stuck in the banks of the Mississippi River.

The ideas collided as a pillow made supernatural that feeds on the tears, cries, and confessions we make at night when replaying and reliving the traumas endured that day. If the pillows feeds on screams and tears, what might it do to the sleeper? Is this pillow benevolent in accepting what you tell it, or exploitative?

I liked the concepts of not-quite-angels fighting in the sky. Angelic, but not angels, the feathers fallen from their wings are not beatific. I laid some of my own childhood experience of crying myself to sleep following my parents’ fights. Or when they took out the frustration of the fight on me.

What follows was a poem that, on the surface, was of these angelic beings fighting in the sky, their blood and feathers drifting to the earth, and the horrific transformations they caused.

Underneath, this is about inter-generational violence. How the abused become the abusers. How we can cling to fantasies of violent revenge as a way to feel power and control.

Of course, your opinion my be different. If this poem means something different to you, please leave me a comment!

My pillow eats screams, engorged on these tears
Trapping confessions in celestial down

For six nights, six again, skies sang with steel
Trembled to warfare’s thunder
Titans of the clouds, leviathans of the air

Through yards and parking lots,
cemeteries and playgrounds
I first walked then raced to gather—feathers
Colours beyond count
Colours that stuck some competitors mad or blind
I dodged, delivered blows
Filled a pocketful of feathered remnants
From the inner din and outer dark

My treasure, safe beneath my head
Eyes swollen on recounting horrors inflicted, horrors endured
A father’s words and a mother’s hands
Smiling denials in tomorrow’s light
Silence the only armour

Replies, whispered in the small hours, of special death
Flawed, finite bodies jettisoned
An ascension, up and out and above
To touch the sky and rise above the inner din and outer dark
To the light that eradicates all

For six more nights, I stalked, drenched in mortal blood
Until wings emerged from where they hid